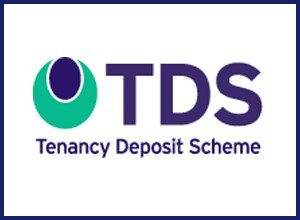 A landlord has the right to use a tenant’s deposit when the rent is unpaid and when there are damages to the rental property caused by the tenants. In a case in January 2020 by Property Industry Eye, a landlord unable to keep the deposit when they believed that the damage done to the property is beyond what could be classified as ‘fair wear and tear’.

In the case, the tenant raised a dispute as they did not agree that the landlord wanted to claim the full amount of their security deposit for various items in need of repair.

The check-in inventory report completed by the agent was vague – only stating if the condition is clean, fresh, and bright. It has no detail as to the condition of the décor, fixtures, fittings, and furnishing. And there were no photographs taken which could let the adjudicator see the difference with the items claimed as “damaged” at the end of the tenancy.

Although the landlord has inspected the property before the end of the tenancy and the landlord claimed that the items that have been listed should be fixed to the same standard as the check-in report, in the evidence presented to the Tenancy Deposit Scheme there was no any check-out report to support the claim.

The agents submitted a list of statement claim that the landlord did prior to checkout, but there was no evidence supporting the claim. Even though the landlord took several photos, these were limited use without similar photographs taken in the check-in report.

The adjudicator could not be certain about the condition of the items claimed for at the check-in report as there were no photographs taken at the start of the tenancy to compare the condition and the claims.

What are the key points pointed in the case?

·       There should be clear, concise, and accurate inventory for the check-in and check-out reports that are signed by the parties.

·       Words alone are not enough to establish the condition of the property and a landlord has to produce clear and more evidence.